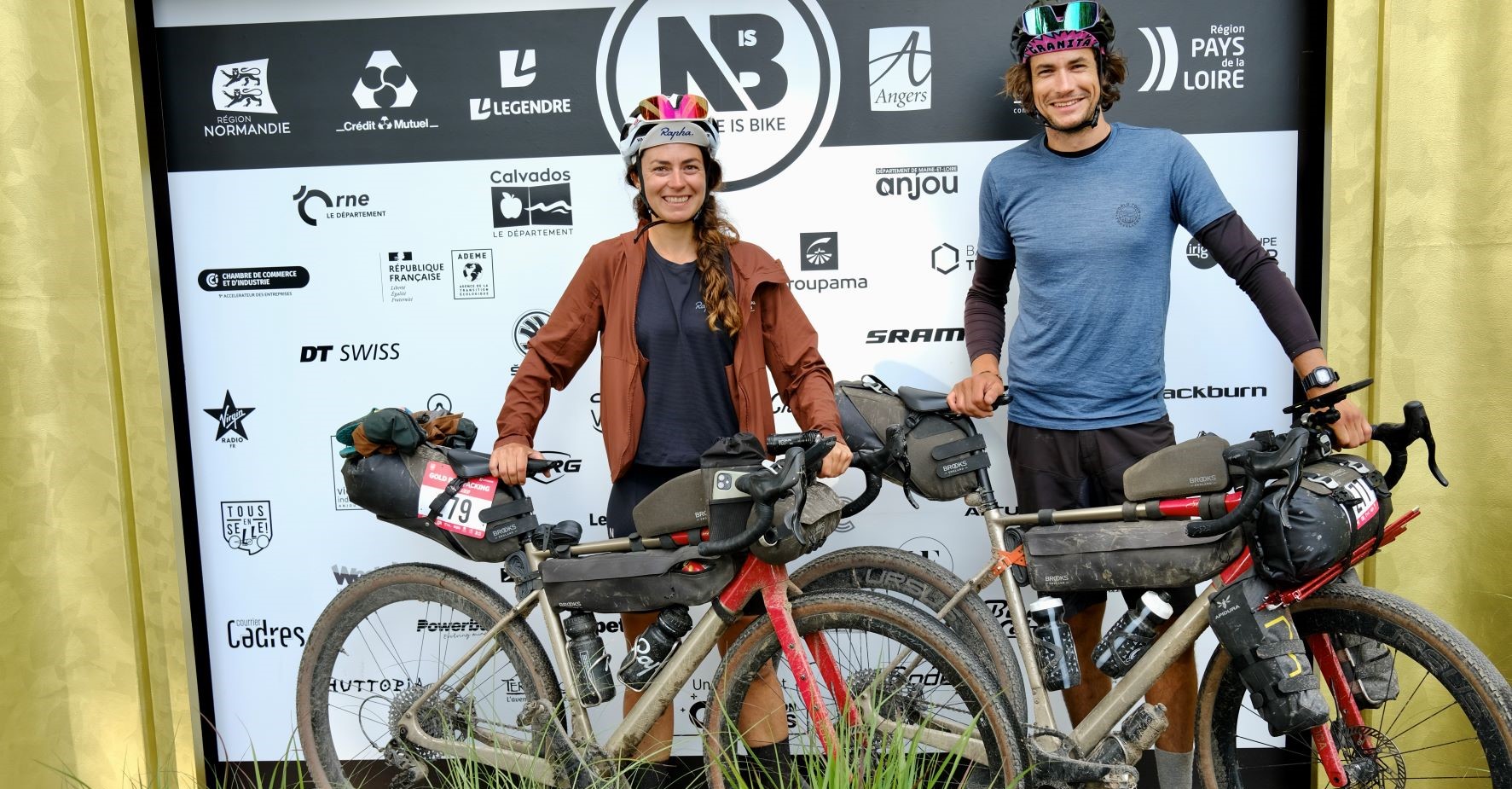 Stajvelo is above all a team of cycling enthusiasts. Last week, our two team members Lucie and Matthieu crossed France to take part in the biggest Gravel show in Angers: Nature is Bike.

Registered on the Gold Bikepacking, they rubbed our intrepid gravel, the Roca on the French Normandy paths. A completely different playground for these two regulars to the Nice hinterland. Less elevation but still more than 300 kilometers to cover over two days. But make no mistake, it was not a race. No stopwatch, no podium, but the promise of a “champêtre” atmosphere. 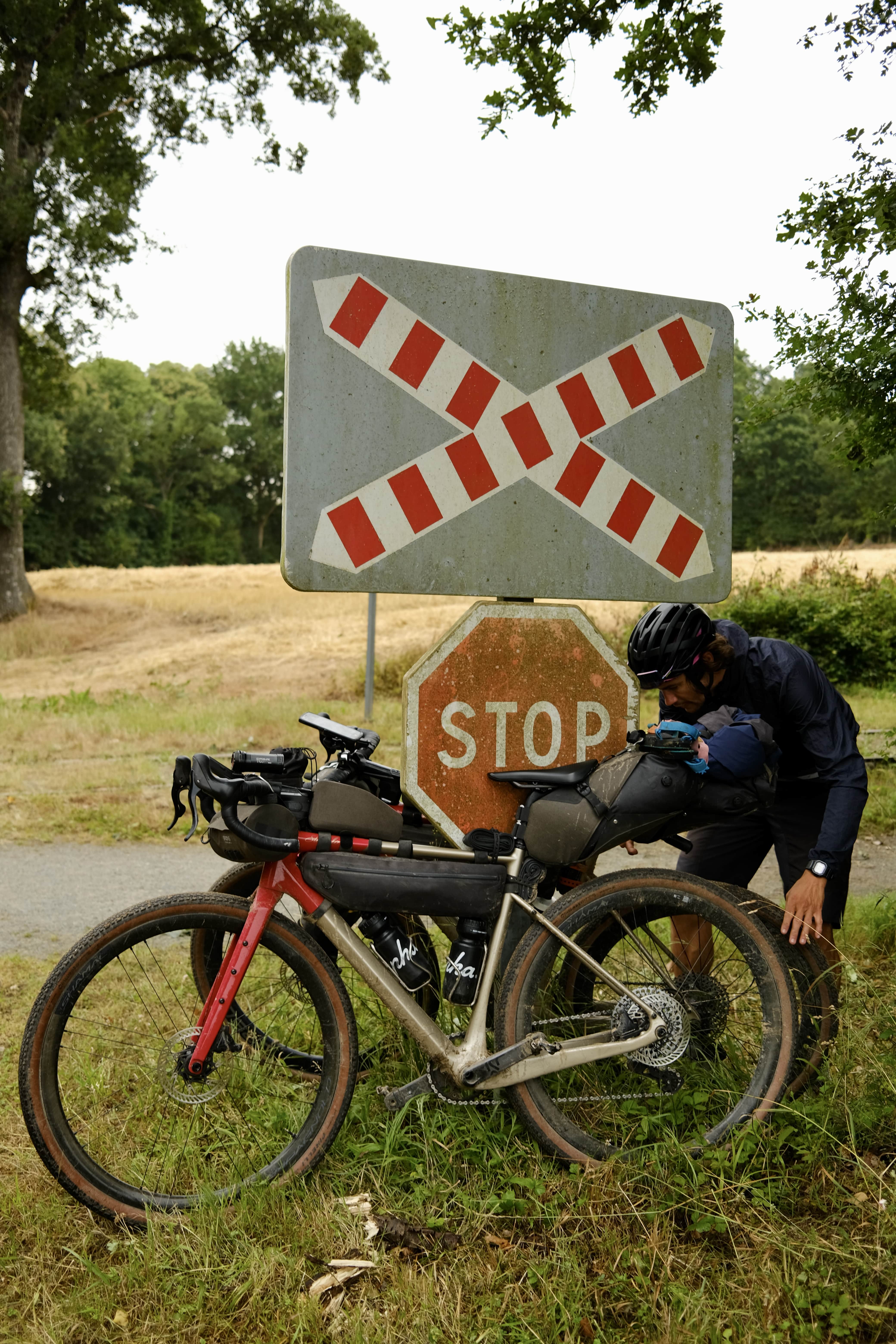 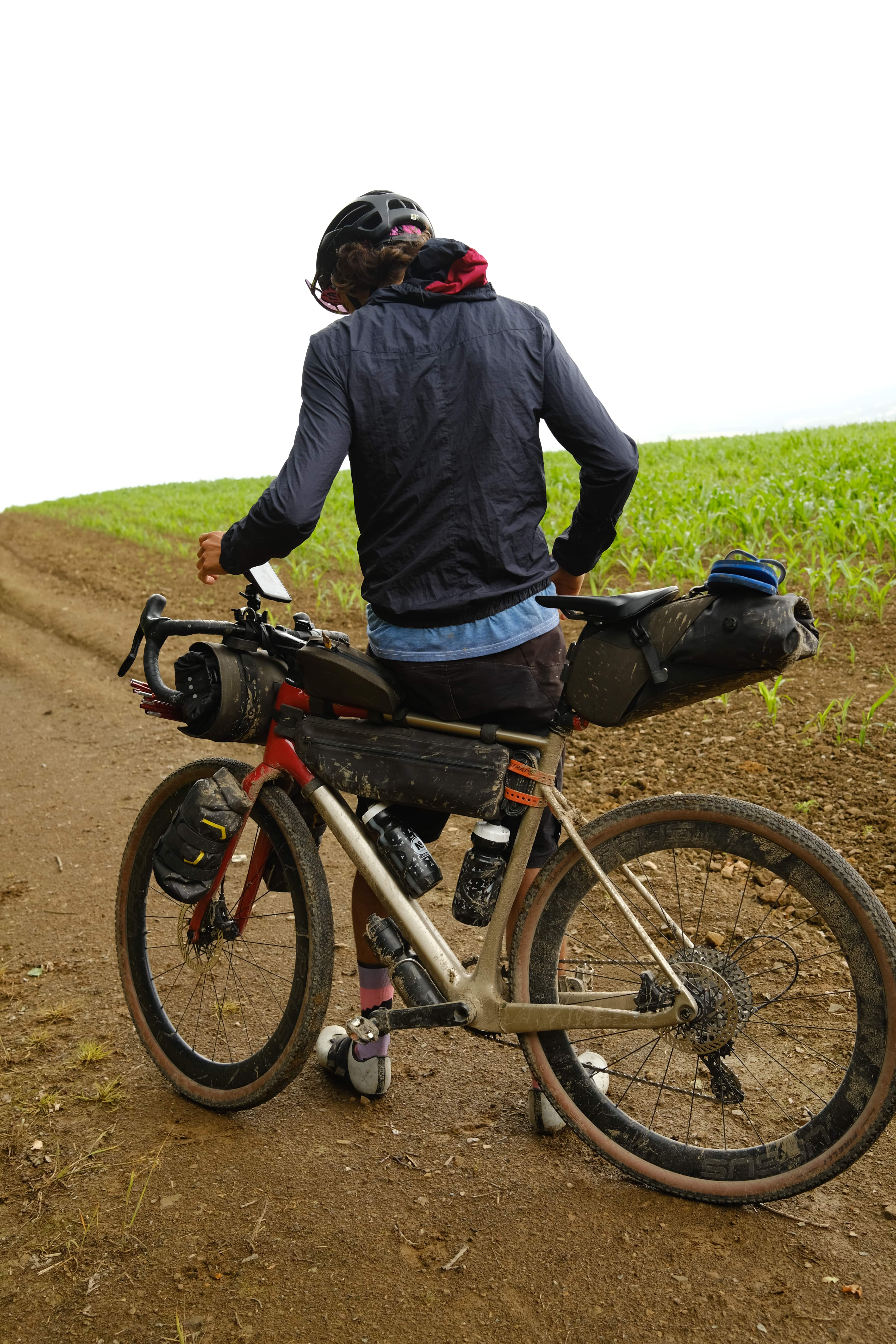 The organization and all the volunteers pampered the cyclists to allow everyone to enjoy the course despite the hours spent in the saddle. Between gravel tracks, towpaths and greenways, the few kilometers on the road flirted with the tall grass of the pastures. A few breaks at the cafés crossed on the course, a refreshment to stamp their passport and above all, an unusual bivouac in the heart of the ruins of the castle of Bois Thibault in Mayenne were on the program. This is where everyone comes together : we talk about the day, the road traveled, bike gear of course, then anecdotes are invited to the table. It will not be only Arthurian legends that will continue to resonate in the ramparts. The next morning the volunteers served a champion breakfast : eggs, cheese, ham, croissant, homemade bread and a large bowl of coffee to delight the apprentice adventurers. Then comes the time to fill the cans, oil the chain and set off again for the last kilometers. A day that promises to be light in elevation but you will have to keep an eye on the straight road, especially for the first 60 kilometers before finding the first village and its only bistro where cyclists parade. The rest of the route will juggle between old railway lines and greenways along the Mayenne. A billiard table for the bikes that streak on the tracks strewn with guinguettes that breathe good food. Despite a few threatening clouds, the pair will pass between the raindrops to cross the finish line where a beer and the finisher's photo await them ! 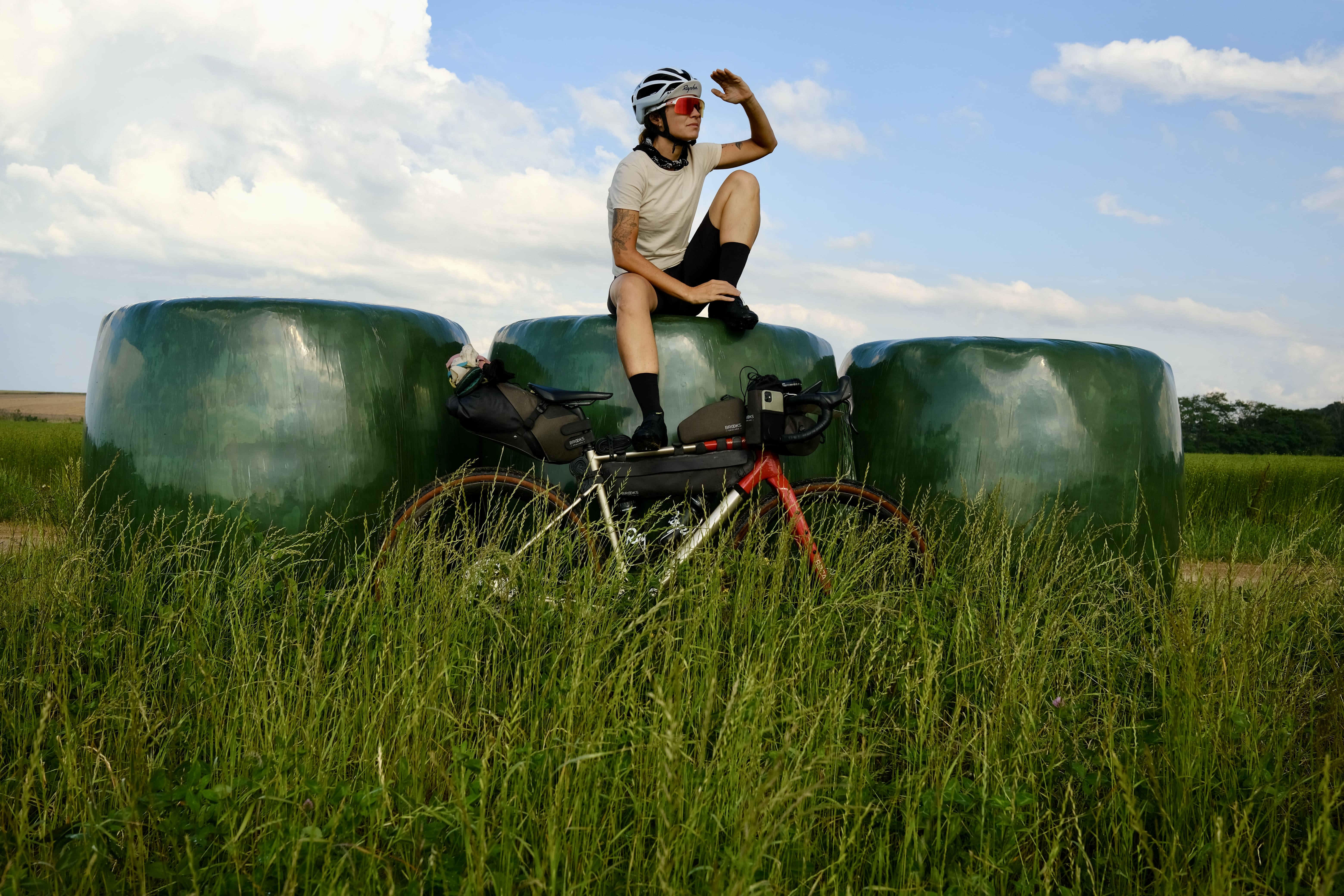 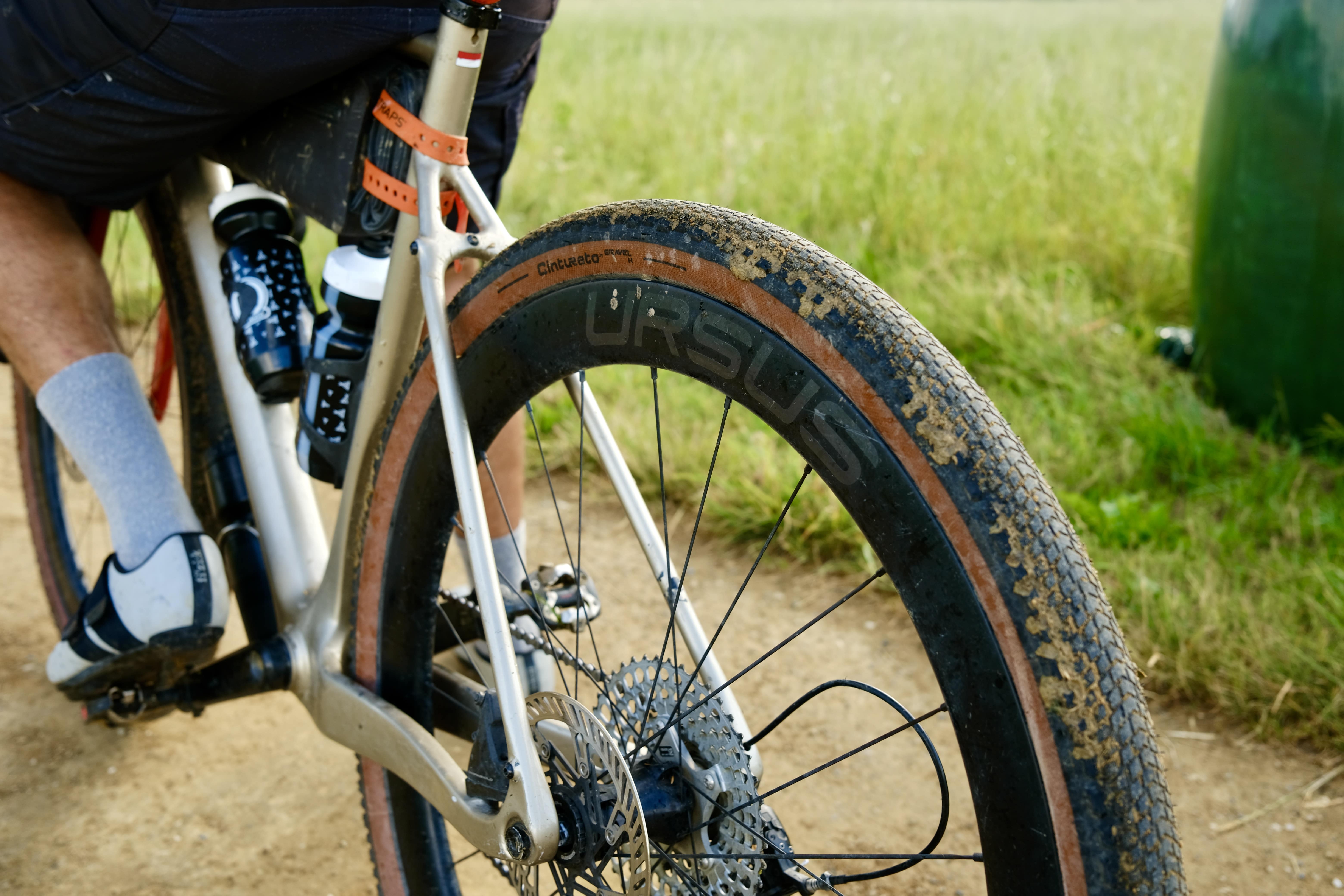