In addition to the Wimbledon white and the guardsman blue, the Shelby R65 made by Stajvelo will also be available in black and grey

The story began in April 2018 when Shelby, the American automotive legend, met Stajvelo, the electric bicycle company, during a luxury automobile show in Monaco (Top Marques).

Few weeks later, the pair teamed up for a customized and limited-edition e-bikes, the RV65. The e-bikes payed tribute to Carroll Shelby, the founder of Shelby.
That’s why the e-bikes were designed in Wimbledon white and guardsman blue (see pictures). 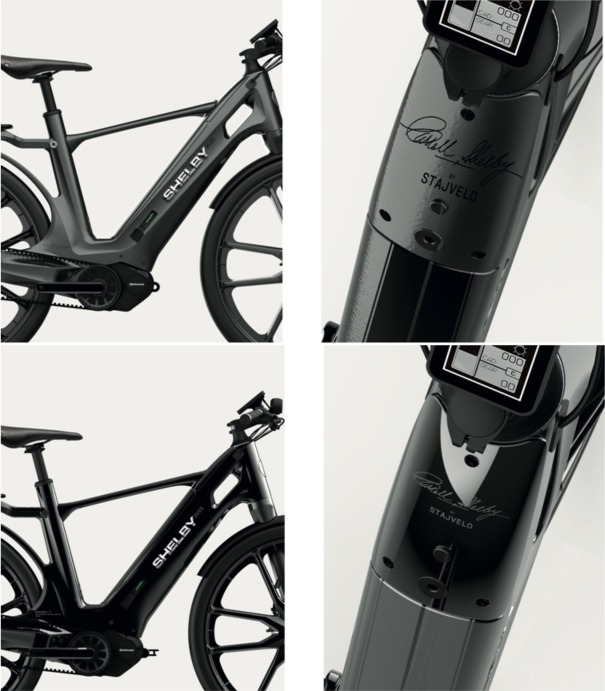 The start of production is scheduled for February 2019. Overall, 2000 e-bikes will be produced for the American car maker Shelby during 3 years.
E-bikes will be available in white, blue, gun and black colors from March, 19. RV65 e-bikes will be sold through Shelby distribution network.